The Day I Gave Our Maliko Run the Bird

The Day I Gave Our Maliko Run the Bird 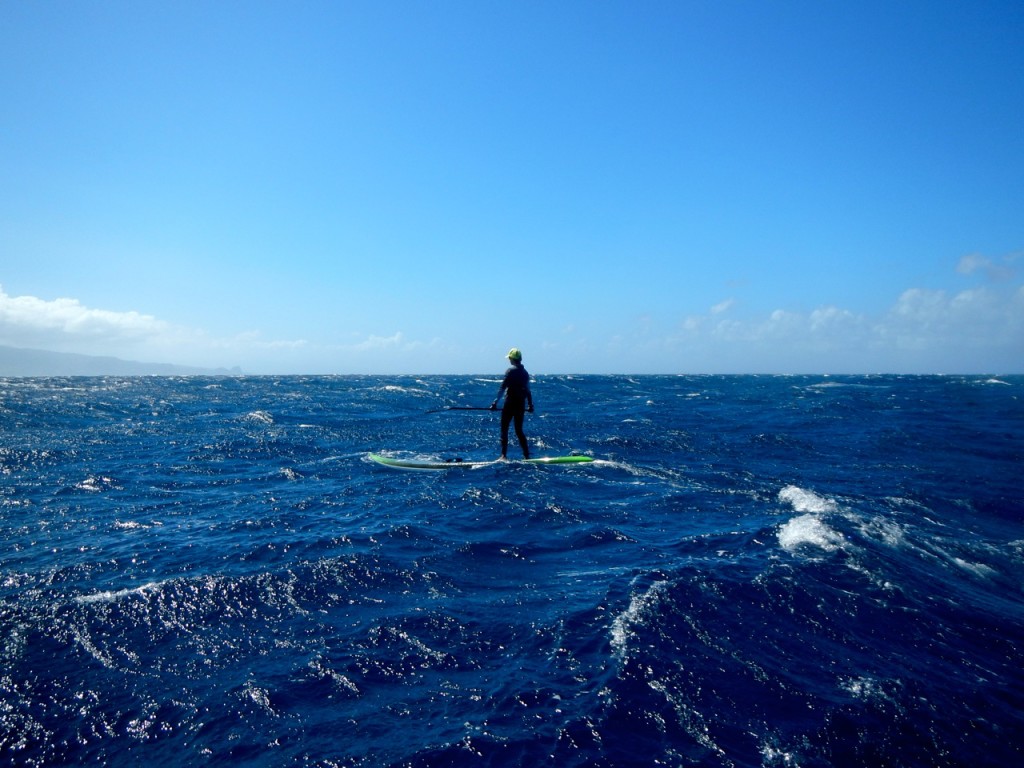 Today was a day where when I write this, as much as I am thankful for one of the best downwind runs in the world; I hope you see the humor in my post. We’ve had unusual no wind summer days when normally the cool trades blanket and grace the north shore; leaving us no choice but to paddle without the thrills of long glides and a cool breeze at our back. Yes, boo hoo for us we are in Maui.

(I am taking a serious break just today; from finishing the final edits of my book to spend the time to write this as I think in some profound sense it will help me as a form of Maliko therapy. This is way more fun and much needed. SC)

With the crossings coming up we have to suck it up and suck some wind and train with what we have. Kihei, as Dave Kalama says; it’s a “cheater downwinder” and I agree because it’s pretty easy.  Earlier today I would have rather been there.

What’s been so funny as of late, is when the crew is on Kelly’s shuttle; look out the windows of the van and freak out when they don’t see white caps that normally feather near Hookipa. I mean you should hear the grumbles and jokes of who will be the slowest.

All in good cheer and snide remarks to each other we put in and grind. So today like many other no wind days lately with the usual jovial crew in the van, we round the corner at Mama’s Fish House.  The grumbles begin and the ribbing and the half hearted but serious comments, “oh no..” Some doing doubles. I took the day off work to grind, go figure?

As we all entered the mouth of the gulch the usual suspects blasted ahead. First Kathy, Shep, Pugs, Gregg, Jeremy and Peggy in the one man, gone and the mighty Siri, gone. I don’t know what happened to me today but it was just me and big blue.

I felt like someone tied my arms behind my back and just held my board still. Maybe a whitecap “way on the outside”. I thought oh my God another windless paddle I’m gonna overheat and have a horrible ciguatera episode.

Then the war in my mind began with myself. The mind war for 10 miles was a brutal one and this time this trainer who is often the one giving advice, on how to deal with pain and competition; was thinking of ways to paddle back to the gulch and hit the reset button, or just sit and float and pout.

With the run of slow times and disappointing results time and time again, I thought what the ?$^* am I doing training for a crossing?

The demons appeared as I stared into the; as my client Wayne Robson calls it,  “tidy bowl blue” of deepness and nothing.  It’s usually frothy and foaming of white ripples and breaking wind swells. I’m usually in serious bump hunter mode plotting and scheming for the longest glide possible; feeling so strong and explosive. But my arms felt like bricks. My spirit was as heavy as war ship loaded with ammunition ready to implode.

As I tootled along and gave into the thoughts of nothing and no wind I started to “see” things in the water. I would see a flash of a white streak, and then a grey streak. I was staring as if I was seeing things that might hurt me like sharks. I thought of the movie JAWS when the shark comes up from the bottom and blows the boat up in the air.

My peeps were no where in sight. Somehow I let myself fall way behind. Nothing like the last paddle a few days before.  I had my phone and whistle but that would do me no good. I felt a little lonely and a form of what felt like a little tear filled my left eye. My chest got heavy and tight and my breath shorter than normal.

Approaching the airport tower near Camp One there was hope. A little lift of a swell near Spartans reef that was such a welcomed, different movement one like I thought I felt for the first time in my life; pushed me along at least 30 yards. Yes! I cracked a half smile and like a drug, I wanted more. I NEEDED more to end the bloody war in my mind. I was starting to feel like I had the right cannon to shoot me across the water to gain as much “distance” as possible. I just had to light the fire. I used to be the fire.

I connected a few more bumps and could feel a heavier breeze on the right side of my face. Then I thought, are you kidding me? North? Jesus. Here we go, now it’s onshore? Crap.

Out of nowhere another tear appeared to well up but now in both eyes and I could feel it trickle down my face. I pretended it was sweat. What the hell is happening to me? “I’m tough…I don’t do this”, I said firmly to myself.

I was filled with self doubt and the blue water turned very grey as a big cloud covered my next mile towards the harbor. I thought to myself, “great, now I can’t see the sharks when they come.” Oh well I’ll just be surprised. Whatever it is Shark Week on tv this week.

I felt like I was paddling and going nowhere. The tide must have been changing as the current was a bit stronger towards Pier One. Pushing back and steering right, slow and slower still.   “You call yourself a racer?” I said to myself. “Ya right you balling whimp.”

I loaded the cannon again and lit that fire as I saw a huge swell forming and a trough to be my saving grace in. Digging in and stepping forward then back, I got it! Then the water turned to butter. No ripple, no nothing but sloppy backward and sideways chop. I don’t know what came over me but I just stopped. I mean I completely stopped paddling, doing anything for like what felt like ten minutes. I floated and stared at the mouth of the harbor waiting I guess for something but I didn’t know what.

Then out of complete character, and if you know me you would think the same; I turned around for the first time on this Maliko run and gave it the bird and held my hand up high as if to say you mother &@#$,  you won!

As I turned the corner into the harbor, dodging the big rocks and jetty to my left I puttered across the harbor with no emotion but defeat and head down. I thought to myself, you jerk you just told a dear friend only yesterday who was also getting a little discouraged with slower times and training her brains out; to take a rest from training and not be so hard on yourself. Now I have a meltdown and pitty-party in the middle of the ocean?! 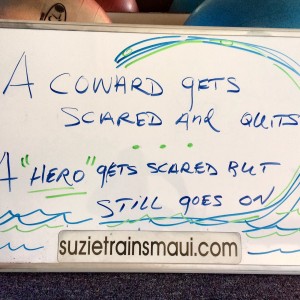 I learned a lot about myself today. I was put in the situation to be taught a lesson and to take a dose of the advice I often give to my friends and clients. I guess I just needed to feel it again so I could be a better trainer and a better friend and hopefully, ultimately a better paddler.

It looks like the trades are returning in the afternoon, so my dear friends who did the double run today, I hope you had wind!

Maliko I love you with all my heart. Mahalo for the gift of humility you gave me today. I respect you even more and I’m sure you will have many more lessons to come.

Sign up for your FREE Suzie Trains Maui Email Newsletter

Get The SUP Bible “How to Increase Your Stand Up Paddling Performance, Beginner to Elite by Suzie Cooney

OR For the best virtual online experience on iBooks:

How To Increase Your Stand Up Paddling Performance
by Suzie Cooney

SIGN UP FOR MY LATEST TRAINING, Neuro COACHING TIPS & MORE 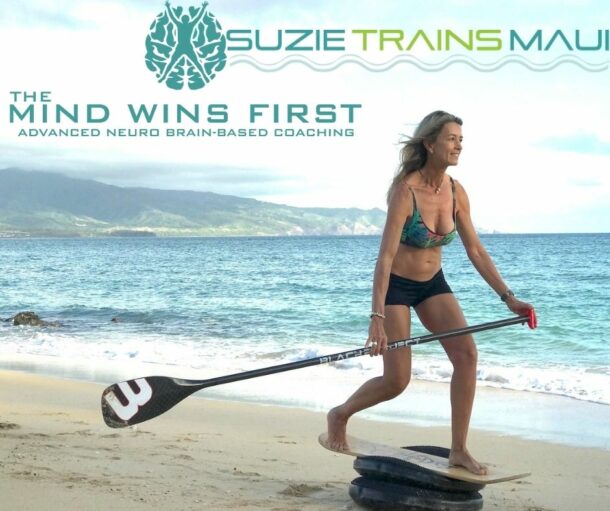 You might not be able to get to Maui, but Suzie Trains Maui can now come to you! Take advantage of these FREE jewels NOW!